Livestreaming Is More Like A Podcast Than A Concert 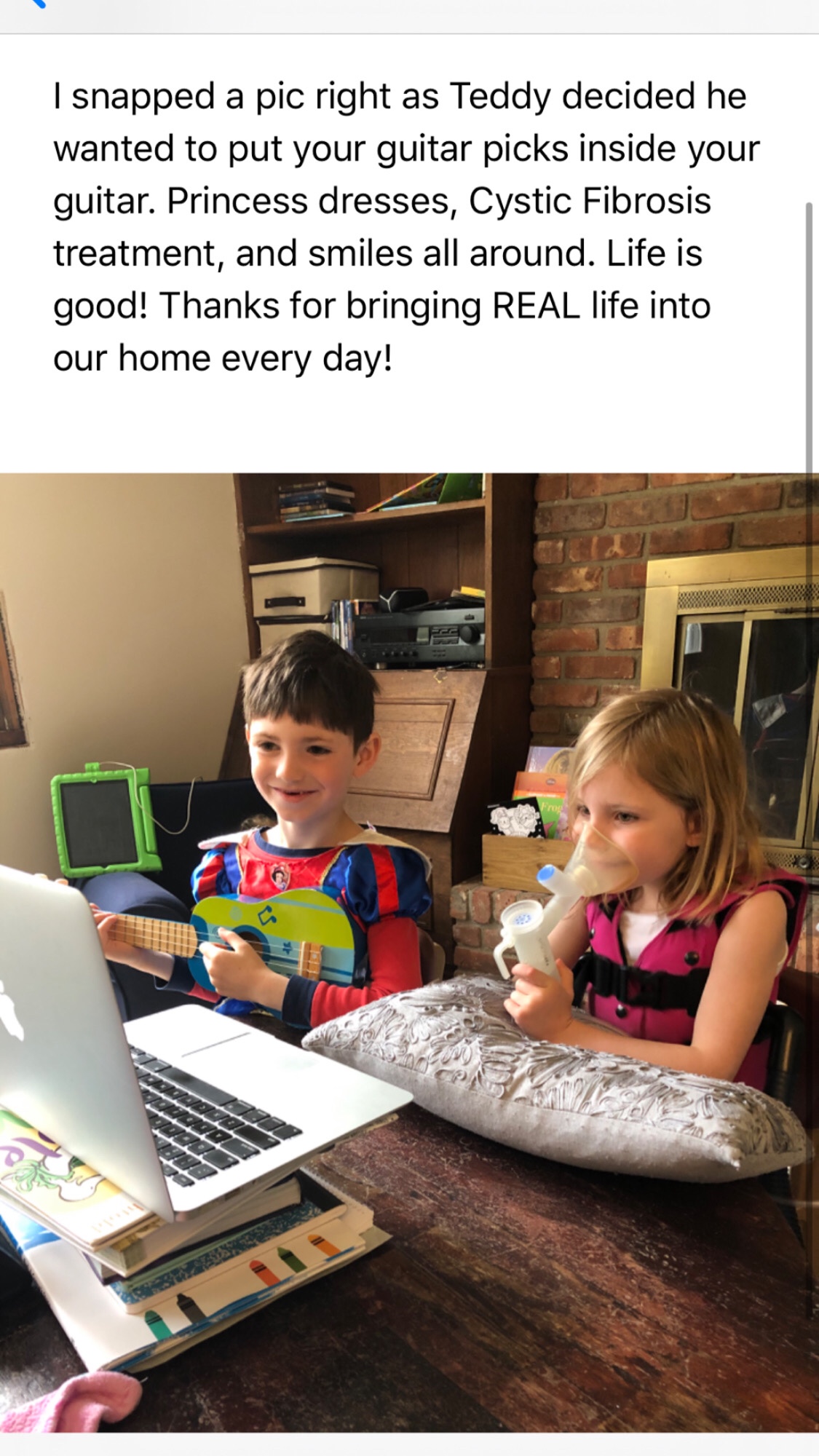 18 Apr Livestreaming Is More Like A Podcast Than A Concert

I’ve done over 110 experimental live-streams so far and here is what I’ve learned: I can perform my heart out like I would in a live concert – sweat dripping and all. And it does not seem to translate or engage the audience in the same way because you are performing for a camera and not a live audience.

Livestreaming is definitely more of a conversation than a presentation. It’s more like Marc Maron interviewing Terry Gross at BAM on a podcast than it is like a Bruce Springsteen concert.

Everyday that I perform a handful of really dedicated fans show up like I do. And they are incredible. We have gotten to know each other So So So well! (It is Alicia’s birthday tomorrow – she’s one of our parent friends – and I am going to sing to her!)

Today Teddy joined in because Maggie needed a break. So I offered to have Teddy with me on stream #110. I was going to sing to his friend Aurelia who is turning 2 today who tuned in. I wanted to sing Across The Universe for my cousin Harry who died last year from his Crohn’s Disease (he would’ve been 13 this year).

But I couldn’t do any of that! Because Teddy wanted attention. And he wanted to put my guitar picks in the guitar. And say “OH NO!” And I made up a song about shaking the guitar picks out of the guitar. Kind of interesting! I never would have thought to have written a song about that and it is such a pesky problem for us musicians! It would definitely make for a cute song.

And then I was like, “Well maybe I should talk about my graduate work studying Stanley Greenspan and Floortime?” It seemed like the audience was more interested when I turned the camera away from the projection screen and towards the floor and even though I wasn’t playing any songs – more and more people were tuning in to watch me do Floortime with Teddy. People seem to want to see a slice of life more so than they want a prepared presentation.

So my thinking is that livestreaming is more like a unpredictable podcast interview than it is a pre-organized set list at a concert. People seem to want to see life unfolding in real time more than anything else and connect with that.

These are my friends Will and Becca. I was so grateful that they sent this over. It made me feel better after the unpredictability of the episode and maybe this seems to be a direction I will continue heading in.