Star Trek (The Next Generation) 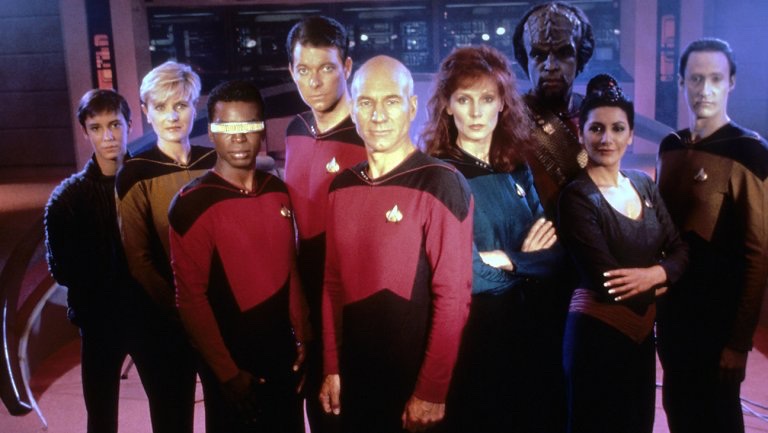 18 Dec Star Trek (The Next Generation)

No, I am not a Trekkie. But my brother-in-law Tim is. And so are lots of people on the autism spectrum. Not everyone. But it definitely comes up often enough in the literature I read and the people who I talk with after my shows that I had to check it out.

I watched the first episode of Star Trek: The Next Generation (which was 1 1/2 hours!) and I learned a lot. Two of my brother-in-laws favorite characters are Data and Captain Picard. Data is a robot (cyborg?) who was programmed to act like a human. He has trouble understanding humans but is basically a walking encyclopedia and has to decode their behavior using the information that is stored in his memory. He had a line in the first episode which jumped out at me which was, “I remember every piece of information that I come across.” That is something that reminds me of Tim and is exactly how his brain works. He has trouble reading, writing and interacting with people but he can remember every fact about dinosaurs, WWII, planes, battleships, tanks and mythological video games.

All of the actors are incredibly in shape and capable. They are also independent, have autonomy but they are also part of an elite star fleet. They are the best of the best. And they are highly logical. In the first episode the antagonist criticizes (I’m going full literary criticism here) the humans on the Enterprise because humans have a history of illogical actions through violence. They are corrupted by power. Captain Picard has to prove to this “being” that the humans of their time have progressed and they are genuinely interested in helping others. He has to prove that they are not a destructive force like humans have been in the past.

I also realize that a lot of Tim’s ideas come from Star Trek. We once wrote a book about dinosaurs in outer space and he had this idea that I thought was beautiful where they explore the universe to learn but don’t bother or hurt anybody. That seems like its coming directly from Star Trek. I’m curious to learn more about Star Trek and how this informs Tim’s thinking.